In one of the greatest dance songs of all time*—Vogue—Madonna sings of style and grace. Style is obvious, but what does it mean to have grace?

Used to be that when I thought of grace I thought of elegance. Ease. An ability to do something smoothly. Or to be pardoned from a crime.

But I was reading Robert Fulghum the other night, and he gave a refreshing take on the topic of grace. As the story goes, Fulghum was officiating a wedding and the mother of the bride became UNHINGED (his word and emphasis). She couldn’t help but interfere at every level. Nothing was too good for her daughter. She even pitched in for a bigger engagement ring. On the wedding day, the daughter was nervously overeating and drinking. At the altar, she puked. The wedding was ruined.

The point is grace. The woman had grace. The type that is considered “a charming or attractive trait.” She could laugh at herself and move on.

I loved this story, and if you’ve never read Fulghum you should. And it got me thinking about my own life. I certainly take myself too seriously at times. I could definitely go easier on myself and in my journey. I identify with wanting to be more graceful, I just didn’t know what to call it and how it played out.

Then I saw a Prius with this bumper sticker. I laughed. I couldn’t figure out what it was that had me so tickled. A sense of humor, sure. But also something else: grace. 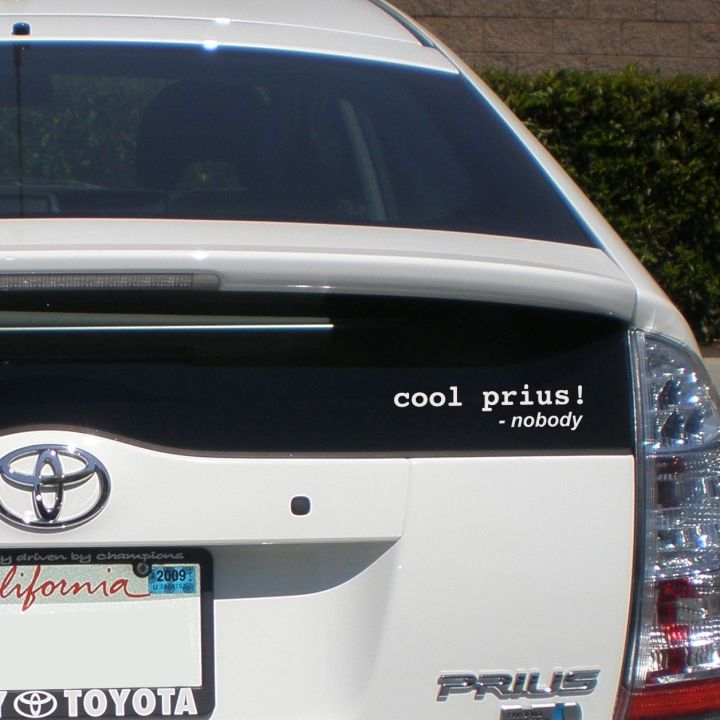