On May 19, 2018, British royal Prince Harry (the hotter prince) will marry American actress Meghan Markle (Did you know her real first name is Rachel?). As Americans, I feel it is our duty to learn a bit about British culture, starting with the hats.

At weddings and social events the Brits sport these little headpieces called fascinators, named because they must be fastened to one’s head. Too small to actually be worn as a hat, but too big to be considered a headband. Fascinators are like the Britney Spears of headgear: not a girl, but not yet a woman. 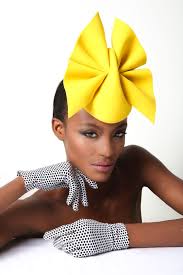 Know your onions (British slang for being knowledgeable on a subject)

Encyclopaedia Britanica says that fascinators can be traced back to lace or crocheted head shawls worn in Victorian times (ca. 1837-1901). In the 1920s, American Flappers wore headbands to keep their hair from “flapping” while dancing, which they adorned with feathers or brooches. Surrealist art of the ‘30s inspired the collaboration of Elsa Schiaparelli and Salvador Dali and resulted in the iconic lobster hat (and dress, which was worn by the Duchess of Windsor on her honeymoon and hangs in the Philadelphia Museum of Art). By the ‘60s, women wore their hair shellacked in place, so small cocktail hats had to be pinned on, all of this resulting in something like the modern fascinator. 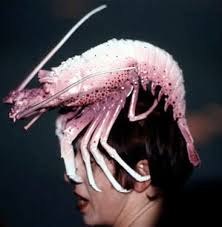 A version of the lobster hat was later worn in the 1980s by Isabella Blow, the style icon credited with making Philip Treacy famous.

Two London-based milliners are credited with bringing the fascinator into high fashion: Stephen Jones in the ‘70s and Philip Treacy in the ‘80s.

Stephen Jones (below in Union Jack) 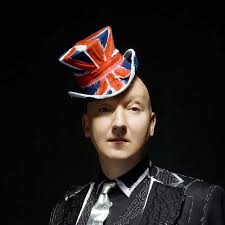 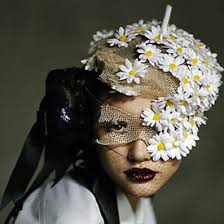 Probably Treacy’s most famous fascinator is The Bagel (below), worn by Princess Beatrice at the wedding of Prince William and Kate in 2011. Treacy caught flack for the hat. Some said he was making fun of the monarchy. Treacy defended the design, stating that he thought it made Princess Beatrice look like a porcelain doll. 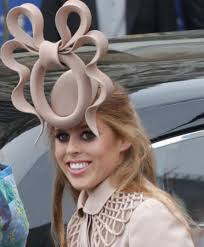 I actually love The Bagel. I remember seeing it on television and thinking it was like nothing I had seen before. Imagine Beatrice’s outfit without it: beige snoozefest. But with it: legendary. Beatrice later sold The Bagel for over $130,000 (81,000 GBP) at auction, with the money going to charity. Treacy, me, and $130K can’t all be wrong. 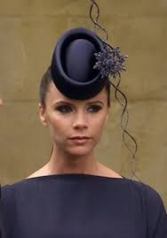 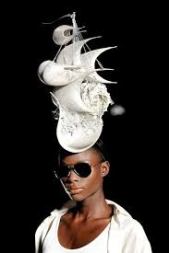 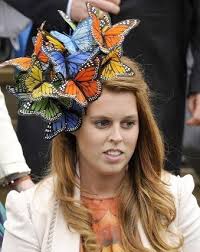 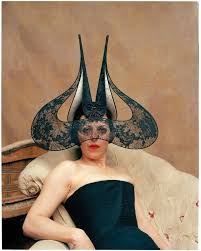 Allure gives pointers for not looking stupid while wearing a fascinator. Like, never wearing the chin strap around your chin—making the fascinator look more like a kid’s party hat. While some still wear fascinators cocked to one side traditional style, others fancy them pinned upfront, where the hairline meets the forehead. In my American opinion, it seems that the key to wearing a fascinator is to balance the humor of the hat with high fashion so you don’t look like you’re wearing a costume.

In just a few days, Brits and Anglophiles everywhere will be watching the royal wedding. Join me in faffing about and having a good chin wag at all the fashion. Because fascinators are just so damn fasc…interesting.

2 thoughts on “Fascinators: the Britney Spears of headgear”